Aaron Gocs started out his comedy career in early 2007 as a nervous but excited performer in a style that was a tribute to his idols such as Mitch Hedberg, Carl Barron and Demetri Martin.

His hard work and dedication to his craft over the ensuing years has seen his act develop to a point where he is a confident performer with a unique, individual style that often receives an appreciative response from audiences of all ages.

Aaron’s comedy involves short, quirky stories and anecdotes. He covers a range of material that he observes happening in this wacky world of ours. Aaron’s act can be adjusted depending on which venue he is performing at – this allows him to be quite flexible in the type of show he can be booked at.

Melbourne, Sydney and Brisbane’s various comedy venues have all been host to performances by Aaron…who knows what the future holds! 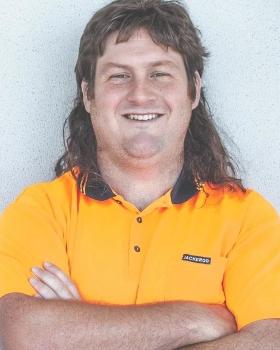