A native New Yorker and internationally touring stand-up comedian Andrew Schulz is known for his hilarious and unapologetic comedy.

Schulz challenges conventional wisdom with a NYC tone that is often idiotic, at times brilliant, and always hysterical. He was 2018’s most viewed stand-up comedian on YouTube, amassing over 30 million views.

His latest comedy special, Views From The Cis, has been viewed over 1 million times. Schulz’s debut comedy album 551 was #1 on Billboard, Apple Music, Spotify, iTunes, Google Play and Amazon Music. His two podcasts – The Brilliant Idiots and Flagrant 2 – receive over 400k listens per episode. He recently starred in the sitcom Benders, which is now on Netflix.

He co-stars in the Hulu dramedy There's Johnny. He can also be seen in Amazon’s Sneaky Pete and the new season of HBO's Crashing. Schulz can be seen on the big screen in Whitney Cummings’ film The Female Brain. His soon-to-be-released films include: Write When You Get Work and Feast of Seven Fishes. While at MTV, Schulz starred in numerous shows for the network including Guy Code, Girl Code, Jobs That Don’t Suck and Uncommon Sense. 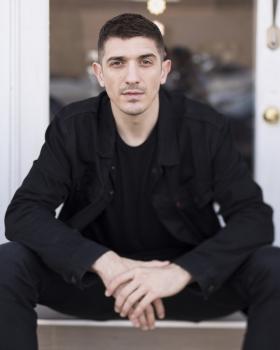