Brendhan is arguably the most dangerously talented standup comedian in New Zealand.

His manic physical presence combined with a sureness of delivery and material that can be described as verging on the psychotic side of human nature, has delighted and frightened sold-out audiences throughout New Zealand, Australia, Asia and UK.

He returned to New Zealand in 2006 after living and working for three years in the United Kingdom, where he performed as the headline act (for the most part) in all the main comedy clubs including Jongleurs, The Comedy Store, The Glee Club and Up the Creek.

Brendhan has appeared on numerous television programmes including all eight series of Pulp Comedy TV, the last of which he hosted. He has also starred in TVNZ's mockumentary A Night At The Classic and has made several appearances on TV3's 7 Days. 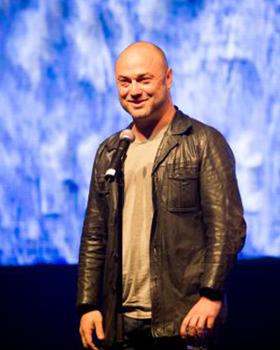