Born in 1973 in North Yorkshire, Willis moved to Newcastle Upon Tyne aged 3 where he remained until nineteen years had passed- A Yorkshire-man/Geordie mix means he is officially the most complete North-English comedian possible, and thus has no particular accent.

After studying Computer Sciences at Liverpool University, Willis spent 10 years in the IT industry, working for companies such as Unisys, IBM and Coutts & Co (the Queens bank).

In 2001 after winning the Time-Out Competition to be a Perrier judge at the Edinburgh festival, Willis made the move from computer programmer to full time comedian.  The IT crash also made this move slightly easier, if not essential- you’ve got to see the funny side of things after all.

Now, after over 3000 gigs in 11 different countries, including TV appearances in the UK and Australia. Willis performs in all major comedy clubs as a headline act or MC and International festivals throughout the globe performing solo shows (New Zealand and Melbourne Comedy Festivals, Adelaide and Edinburgh Fringes to name but a few).

At the 2012 Edinburgh Fringe Willis performed six 1hr shows a day for a month, repeating no jokes, breaking comedy world records and cementing himself as the single most experienced festival act in history.  It should be noted- this brings no accolades with it, simply working hard doesn’t really get press attention, most comedians just like to do 6 shows a week at a festival, Dan averages about 30.  Thus Willis holds a lot of records that no other comedian would either want nor need, but he has written a lot of material.

As well as straight stand-up, Willis also performs specialist comedy shows, these cover Computers, Zombies, Music, Ferris Bueller, Michael Jackson and Life in general- all are available for performances, be they corporate events or festivals.

Dan is also the Producer, Promoter and resident MC for The Best of British live comedy showcase that tours throughout Australia.

"A great comedian and a wonderful performer." Time Out London 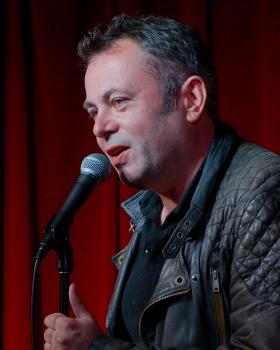