David Smiedt has been delighting audiences around the country and overseas with his brand of warm inclusive comedy for over six years and is now one of Australia's finest comedian MC's and corporate performers. David is a regular on television shows such as Mornings with Kerri-Anne, Sunrise, The Today Show, Ready Steady Cook. As well as appearing on The Comedy Channel’s Stand Up Australia, he is also the author of six humorous books.

His writing has also featured in a wide range of magazines including Elle, Cosmopolitan, Men's Health, Women's Health, Body & Soul and Vogue where he specialises in a humorous take on style health trends and celebrity profiles. Aside from being the current grooming editor for GQ magazine, he is the only journalist in Australian publishing history to be in concurrent issues of lads-mag Ralph and Your Garden.
David opened for Joan Rivers during her Sydney theatre run; Mark Watson's Sydney festival season; and Martin Short's Melbourne Crown Casino performances.
“A living breathing joke machine” Adam Hills
“So very, very funny” Joan Rivers
"So funny. He absolutely killed them" Martin Short 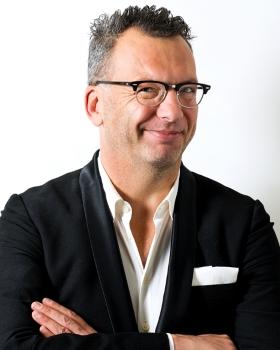