In the space of a few short years, Elis James has become the face of new Welsh comedy. Cementing his growing TV and radio profile with appearances in both The Comedy Zone and South By South Wales at the 2008 Edinburgh Fringe, Elis has been supporting multi-award winner Rhod Gilbert on his massive UK tours and bringing the best of new music to BBC Radio One Wales on a regular basis.

His style of laid-back, whimsical storytelling has made him a popular compère and performer with comedy promoters all over the country.

One of Wales’s few bilingual comics, Elis has put his native tongue to good use – presenting on Welsh-language television and writing a full-length show in Welsh, Bachgen Dymunol.

“One of the most promising emerging acts around … the anecdotes and observations flow freely, with an endearing wit and a fine sense of timing and pace.” Chortle 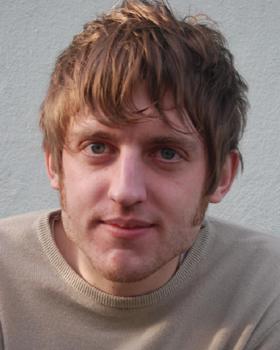