Born and raised in the sunshine state, Ethan Simiana is a comedian on the rise who shines a light on the absurdity of living in the modern age with a uniquely retrospective lens.

Ethan has built up an impressive catalogue of material performing around Australia since 2017. Featuring wry wit expertly interwoven into stories and observations, he has establised an act that has sold out festival shows, garnered rave reviews and received runner-up honours at the Queensland RAW Comedy Competition. With aspirations to delight and challenge audiences around the world, he is always working hard to write quality original material that tickles the funny bone of audiences from all walks of life. In his eyes, no joke is ever finished and no topic is ever too sacred to explore.

An up and coming comedian in the ever-growing  Australian comedy scene, Ethan Simiana is a performer who you won’t want to miss - and soon won’t be able to ignore. 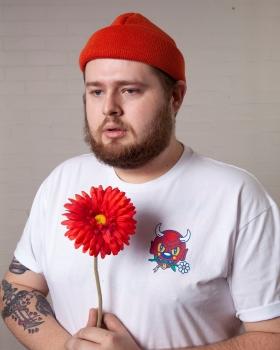