Veteran comedian G Reilly one of The Original GIs of Comedy is known for his quick wit and intelligence.

Just as George Carlin, Dennis Miller, and Chris Rock continually dazzle us with their brave opinions and acute observations of politics, social issues, and things that are just plain wrong in America, so it goes with Reilly.
"Reilly has Chris Rock type talent, mixed with a Jerry Seinfeld caliber intellect,” says Don Allen of Conquest Entertainment. Allen went on to say, “He is hysterically funny every time I see him.” Others think the same as well. “When I saw him at the Ice House in Pasadena, he was by far the best comedian of the night,” explains SirComedy.com president, Jeremy Clendening. Clendening should know, as he’s constantly sizing up comedians. “His bit on his son making mistakes and possibly being gay is the best stuff I’ve seen all year in Los Angeles.”
Reilly has performed at every major club in Los Angeles, and has most recently traveled across the country to perform with Gabriel Iglesias at several of the Improv comedy clubs. Reilly also co-headlined with Iglesias at the El Colonial, with the Sun-Gazette reporting, “Reilly was a huge hit for the night.” Additionally, he has shared the stage with Louis CK, Dane Cook and Russell Peters. Reilly has also been seen on BET’s Comicview, Loco Comedy Jam, and Latino Laugh Festival, the television show, as well as ABCs Comics unleashed.
Fellow comedian Dane Cook, was very impressed with Reilly. “G has great energy, superb writing skills, and terrific stage presence,” raves Cook. Reilly takes pride in having an array of arsenal in his comedy. “I rely on my improv skills and my ability to read an audience,” says Reilly. This is a great supplement to an already outstanding reputation in the industry for his writing skills and creativity. “It’s his all-around skills that will take him to the top in this business,” says Clyde Banfield, talent booker for the Galaxy Theatre in Santa Ana, California.
What’s next for Reilly? Having just shot an unscripted television pilot, the words of Evan Beckenstein at Blue Star Entertainment are ringing truer than ever, “I can definitely see him in a sitcom or anchoring a program as a show host." Reilly is set to go off in the comedy and entertainment world. Stay tuned, the more you see of him, the more you’ll want! 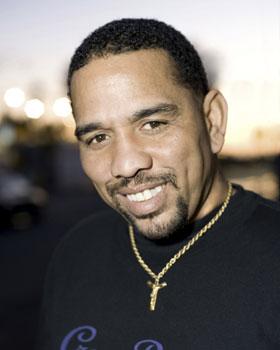