Comedian, actor and writer Gareth Berliner has firmly established himself as an accomplished comic performer. He has been performing stand-up in the UK and internationally for over 8 years since blagging his first 5 minutes at Up the Creek in Greenwich.

Irresistibly amiable, Gareth's act touches on his odd life and perspective. Berliner almost died long before ever becoming a stand-up and this affords him the ability to tell some intricately woven anecdotes and sharply crafted gags with an edge.

In 2005 he used this edge when he performed his first Solo show Gutless – covering every subject from superheroes to suicide – at The Melbourne International Comedy Festival before taking it to the Edinburgh Festival and receiving 4 stars from The Metro. He then went on to perform the show at The Adelaide Comedy Festival as well as at a corporate level throughout the UK.

Gareth also works with Abnormally Funny People in a show that has toured universities around the UK; had a sell-out run at The Soho Theatre in London’s West-End; and utilised his experiences to perform stand-up in an NHS funded show called Cracking Up. 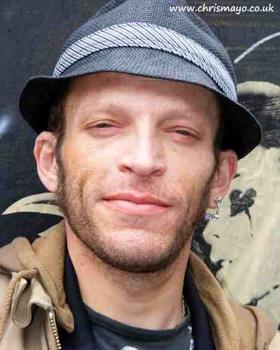