Gareth Reynolds hails from the sweet streets of Milwaukee, Wisconsin and attended Emerson College in Boston. There, he began doing sketch comedy, which eventually led to making multiple viral videos with his writing partner Evan Mann.

After moving to Los Angeles, Gareth starred in NBC’s The Real Wedding Crashers which was as creatively stimulating as it was successful. However, through that show he and Mann began producing and writing their own material, eventually selling pilots to both Comedy Central and MTV. Soon after, Gareth was cast as the co-Host of the Travel Channel show Mancations which is currently airing all over the world. Gareth rewrote and appeared in A Very Harold and Kumar Christmas and has also finished a feature script for Warner Brothers.

In 2013, Gareth co-created and coproduced the hit MTV show Failosophy in which he also made multiple appearances. He can also be currently seen on VH1's Stevie TV.

Recently, Gareth has gained notoriety as a stand up comedian touring the country with Steve Byrne and doing a guest star role on Byrne’s TBS show Sullivan and Son.

Gareth was also once told by a Russian hypnotist that he has "an incredible ability to heal animals"…so, stay tuned on that one.

In 2015, he began doing an American History podcast called The Dollop with Dave Anthony. The podcast has taken him all over the world to perform.

He has appeared in the ABC show Hail Mary in which he is one of the leads; and now tours the country doing stand up.

He also has a cat named Jose. 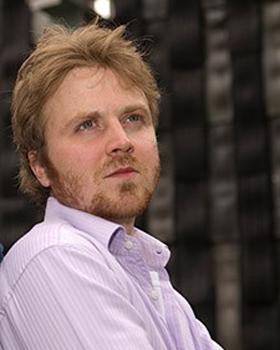