Starting his comedy career at the tender age of 15, Garrett Clark has had the opportunity to dabble in a few of its many different forms. From TV hosting to touring the world doing stand up, Garrett is more comfortable on stage than anywhere else allowing for a dynamic and unpredictable show.

Although he speaks a bit funny, he does consider himself a Canadian comic…just a bit confused. Being Canadian born, but Australian raised, Garrett is able to bring a very unique angle to his comedy (that of a vegemite eating hockey fan) and in turn, is proving to be one of Canada’s fastest rising stars. Frequently touring from Hawaii to Halifax, and from Sydney to St. John’s, Garrett has shared the stage with some of the biggest names in comedy and makes people laugh nearly half the time!

This last year has been the busiest to date for Garrett Clark. In just a 9 month period Garrett has performed at 3 of the prestigious Just For Laughs Festivals (Montreal, Toronto and Vancouver) hitting many of the stages including opening for Todd Barry and Iliza Shlesinger. He was also selected among the "Best of Fest" at Big Pine Comedy Festival in Flagstaff, Arizona and recently headlined shows all across Scotland. After training with The Groundlings in Hollywood, Garrett has landed countless TV spots and earned roles in award winning short films. 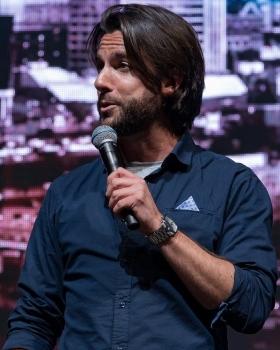