Gary Fludder is a comedian with a difference, and is a relative newcomer to the comedy scene. Gary was born with a disability, weighs only 46kg, and looks at life from an unusual perspective. However what he is missing in size and body parts, he makes up for with a wicked sense of humour.

Gary was also a finalist for the 2009 QLD Raw Comedy Competition, while in the Bangalow Village Idiot competition, he placed third. Gary was also one of the first acts to appear in the Australia Up Late Comedy Program, for the show Optimism at the Gallery of Modern Art (GOMA) in early 2009.

Gary has been pointed at, stared at, and laughed at, all his life, so stand up comedy is where he has found himself. Gary's unique brand of comedy has meant that he has been able to tickle the funny bones of a very diverse audience, from rough crowds at Chopper Read gigs in the outback, to middle aged women in comedy clubs around Brisbane and the Gold Coast.

Gary's life has not been easy, but it has been funny. And this is the adventure that he likes to take his audience on... 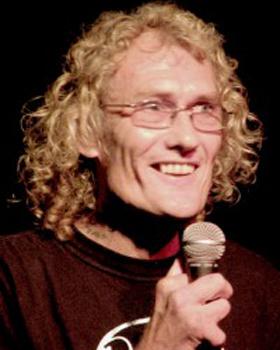