Glenn Robbins, a graduate of Drama and Media at Melbourne State College, first moved into performing in 1981. As a stand-up comedian, he enjoyed performing at popular comedy venues in Melbourne and Sydney. Audiences warmed to his naturally dry sense of humour and style.

The move into television was a natural progression for Glenn. He became well-known as a performer/writer for a number of television's top rating comedy sketch shows including: The Comedy Company (Network Ten), Fast Forward, Full Frontal and Jimeoin (all 7 Network). While he performed a good many characters throughout these shows, Glenn's most prominent and notable would be that of Uncle Arthur.

In 1996, Glenn teamed up with fellow comedians Jimeoin and Bob Franklin to perform a successful season of The Cooking Show at The Edinburgh Festival.

A regular face on Australian television, Glenn has appeared on The Panel, Thank God You’re Here, Out of the Question and Have You Been Paying Attention?

Most recently, Glenn has been seen on-screen in Open Slather (The Comedy Channel) and Upper Middle Bogan (ABC TV). 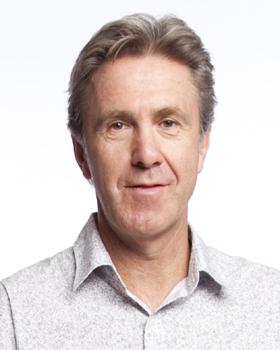