Gordon Southern is the international word clown. His upbeat and energetic delivery combined with his fantastically funny observational comedy & quick witted improvisation has secured his place as an audience favourite all over the world. He is a regular at many top clubs including the famous London Comedy Store.

A talented actor and award-winning writer with critical acclaim for numerous projects that he has worked on, Southern has written for some of the most memorable comedy shows of the last decade.
Gordon is a regular headlining comedian on UK and International circuit, spending several months every year performing in Australia. A highly regarded international act, he's worked in many exotic & challenging places, including Afghanistan, The Falkland Islands, Kosovo & Liverpool. He's even sold out a 700 seat theatre with a solo show in Mumbai, India; and performed a two-hour long one man show in Jakarta, Indonesia!

He's headlined the first ever Serbian comedy festival, and has regularly topped the bill in Singapore, Dubai, Cyprus and New Zealand. Gordon made his Edinburgh debut in the highly respected Comedy Zone in 1997 and has since gone on to take up several successful and acclaimed solo shows, with 2013's The Kerfuffle garnering a galaxy of stars; and 2012's A Brief History of History receiving award nominations at the New Zealand Comedy Festival and the Edinburgh Fringe. He has enjoyed sell out runs at the Melbourne International Comedy Festival from 2011- 2013.

Gordon also has a TimeOut Comedy Award from his days with BBC Radio 4's Cheese Shop comedy sketch team. As an MC, he's played all over the world including a residency at Edinburgh's notorious “Late N Live" since 2011. 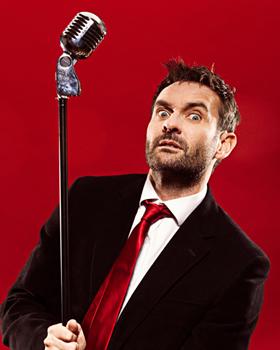