Greg Larsen is a Melbourne-based, slightly balding, overweight man in his early 30s who requires glasses for reading and driving. He has a modest TV career, being featured as the resident celebrity expert on ABC2's Dirty Laundry Live, as well as the Fancy Boy Fresh Blood sketches on ABC iView.

But more likely than not, you haven't seen him, or heard of him before. But that's OK. He is pretty funny, and has an impressive DVD collection, so you will probably want to be mates with him. 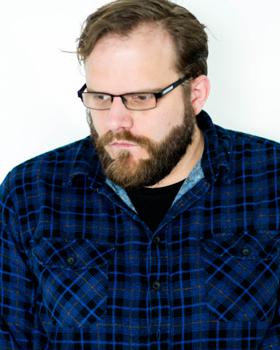