29th April 1975 - the last day of the Vietnam war. A nine-year-old boy jumped onto a leaking prawn trawler on the Saigon River with only a box of dried biscuits and some seasick pills.
After surviving thirst, hunger and somehow cheating death, Hung Le became one of the first Vietnamese boat people to land in Australia.
The firsts didn’t end there for Hung. On his very first attempt at stand-up comedy, he not only headlined, he received an encore.
An author, musician, clown, actor and all round song and dance man…Hung’s stand up work and theatre shows are always edgy, satirical, political and his musical send ups go straight for the jocular.
Hung is a favourite at the Montreal Just for Laughs Comedy Festival, Edinburgh Festival and Melbourne International Comedy Festival; and he has made and appeared in documentaries for the ABC, SBS, Discovery Channel. TV includes CNN, MTV, The Muppet Show, Wow Wow[Japan], London Weekend Television.
As an actor, Hung has featured in films such as The Wogboy, Fat Pizza, True Love and Chaos, Broken Hill and Sensitive New Age Killer.
His first book The Yellow Peril From Sin City was released through Penguin. His second, a children’s book BarryNoodles & DaKillerBs is with Random House.
As the world’s first, best and tallest Vietnamese comic, Hung guarantees to spin your mind, dazzle your imagination and awaken your funny zones! 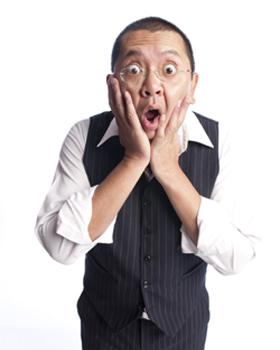