For almost 5 years I’ve said things and people laugh…. mostly. There was that one guy who stood up and said: ‘NOPE’ but that was before I’d even opened my mouth, so I think it was less about me and more about him.

I MC on the reg for Based Comedy (Gold Coast), Knockoff Comedy (Brisbane Powerhouse) and for bits and bots on the Sunshine Coast (Sol Bar, Berke LOL) and Brisbane (Heya Comedy, SBC Comedy)

I’ve toured my solo comedy show ‘Swimming the Seas of Failure‘ to Canada (Loose Moose Theatre), Adelaide Fringe (The Producers), and here in Brisbane at the Bris Funny Fest (Heya Bar) to sold-out audiences and:

I’ve supported some very talented comics (some of whom I have frightened with my admiration…. ahem sorry Fiona) like Fiona O’Loughlin, Danny Bhoy, Greg Fleet and Mel Buttle at The Sit Down Comedy Club and in shows around QLD and NSW.

But probably my proudest moment is the time I made my Mum laugh while impersonating Tom Petty in his song ‘Breakdown’. It was completely spontaneous and pretty much the highlight of my life. I was 10. It’s hard to peak young, but I’m convinced that moment is what has propelled me into making tens of hundreds of dollars a year. Thanks, Mom.

Here’s a video of me that you can watch and then you can book me and find out the setups to the punchlines I drop. 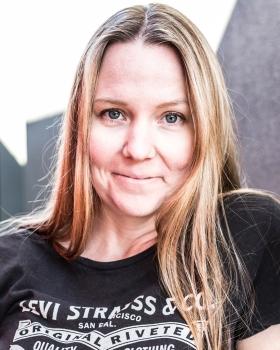