A talented and energetic performer with an arsenal of impersonations, Johnny Kats is a dynamic Stand Up comedian. For almost 15 years, this comedian has been making audiences laugh not only in Australia, but all over the world.
In 2002 he made the state finals for Triple J’s RAW Comedy competition and in 2004, was awarded first prize in the Australian comedy competitions So You Think You're Funny? and Angling for a Laugh, which sent him to perform in New York City.
During his time in the U.S., Johnny was chosen as best new talent to support Dave Chappelle at the Boston Comedy Club.
Upon his return to Australia, Johnny was chosen to host his own comedy radio programme on NOVA100, Johnny & Jody. For four years Johnny & Jody regularly won the top ratings spot.
Currently based in the UK, Johnny regularly performs at all the major comedy clubs in the UK and throughout Europe.
“…the frontrunner is Kats for his original style…big laughs.” The Age 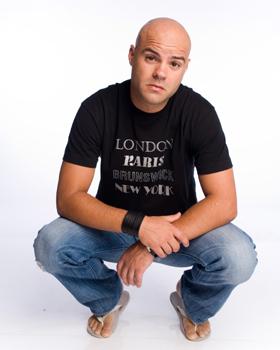