Judith Lucy started performing stand-up comedy thirty years ago, and since then all her shows have been utterly, achingly, ‘provide warnings to asthmatics’ funny.

Judith is a best-selling, award winning stand-up comedian, selling out huge venues across the country, playing theatres in big cities and across the regions. Rivetingly honest, with a Gatling gun gag rate, no one sees just one Judith Lucy show.

Judith teamed up with good friend Denise Scott and created the critically acclaimed, smash hit stage show Disappointments. Together they won the 2017 Melbourne Comedy Festival’s People’s Choice Award, performed a run at Soho Theatre in London’s West End and sold out shows all over Australia.

When Judith’s not on stage she’s the best-selling author of two devastatingly honest, hilarious books and created two ABC series: Judith Lucy’s Spiritual Journey and Judith Lucy Is All Woman, both of which were nominated for AACTA awards.

In 2020, Judith returned to her regular role on ABC TV’s smash hit show The Weekly with Charlie Pickering, had her critically acclaimed stand-up show Judith Lucy Vs Men released on Amazon Prime Video and released a podcast series for the ABC Overwhelmed and Dying.

Judith’s most recent book, Turns Out I’m Fine, How Not to Fall Apart was released on April 7 2021 and is her most candid and insightful book yet. Back in full force, Judith’s latest release will have your sides split, eyes wet and heart-strings pulled. Turns Out, I’m Fine is available now.

Basically, Judith is really funny, super busy and anyone who sees her agrees and they keep coming back. A simple but effective formula.

“Lucy’s delivery is martini dry, her perspective ironic and her honesty uncompromising; King of the Road is marvelous” The Age

“It’s not laugh a minute, it is bucket loads of laughs per minute….She is fast, she’s clever and most of all Lucy is very, very funny” Sunday Telegraph 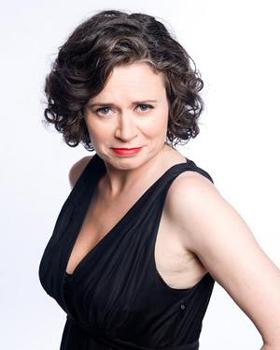