Kehau Jackson has been performing in Australia since she moved to Adelaide, South Australia in 2002 from her home town of Honolulu, Hawaii. A regular in comedy clubs around the country, she also entertains a growing list of corporate groups, sports clubs, and communities in all corners of the state from Manoosa to Kadina to the Yorke Peninsula. With her sassy look at every day life, she’s brought her humour to television’s Comedy Channel and is a recurring guest on ABC Radio.

A regular performer at the Adelaide Fringe festival, Kehau was a founding member of Titters!, an all female comedy showcase that won the 2007 People’s Choice Award, going on to become a Fringe staple every year since.

As part of the popular Three Stuffed Mums, she’s shared nominations for the 2011 Adelaide Fringe People’s Choice Award; and the Adelaide Theatre Guide’s Curtain Call Award for Best Comedy. In 2012, the Mums begin a state-wide and national tour taking their hilarious views on the ups and downs of the world’s oldest profession - motherhood - to the rest of the country. In between, Kehau will continue to pursue her solo act which includes a return to New Zealand for a series of shows at the World Buskers Festival in Christchurch.

An experienced corporate and charity event host and MC, Kehau has also been tapped to open shows for comedy stars Steven Wright and Weird Al Yankovic. Through her company, Kehau Ink, Kehau continues to produce shows for the Adelaide Fringe and in communities throughout South Australia.

“…naturally warm and funny, a fantastic presence on the South Australian scene.” Chortle

“Side splitting gags” Rip It Up 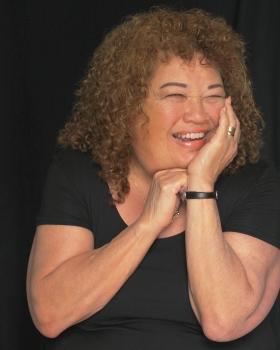