Australian Muay Thai Champion, stand-up comedian, and chronic overachiever, Lorna Bremner is one of the most exciting (and terrifying) new voices in the Queensland comedy scene. When she isn’t kicking people in the teeth for her day job, she’s writing about herself in the third person and yelling jokes over the dings of pokie machines in taverns across the state.

She was a RAW Comedy state finalist in 2020 and has performed her special brand of charming idiocy spliced with (franky, too much) obscenity across Australia -  and America too - including the iconic Comedy Works in Denver, Colorado. She has also received development funding from Screen Queensland to produce a proof-of-concept for her comedy web series, “apps”, and she is a co-producer on the mayhem that is The Dusty Rich Comedy Circus.

It may be a dangerous world we live in, sure, but Lorna believes that the real danger is inside our heads; besides comedy, Muay Thai, and video production, her real passion is in raising awareness about how mental we all accidentally are. 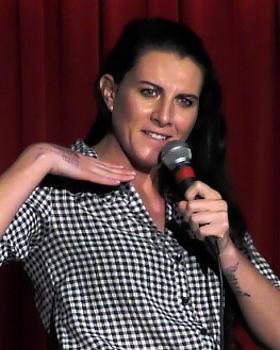