After winning the 2010 Melbourne International Comedy Festival’s ‘Class Clowns’ competition in his final year of high school, Matthew Ford didn’t wait for his academic results to decide what career he’d pursue. As soon as he was of age the Brisbane based comedian was putting in the hard yards doing open mic gigs all over South East Queensland and anywhere else his dad would drive him to.

It hasn’t taken long to find success locally and interstate with Matthew performing two shows at the Brisbane Comedy Festival as part of ‘Comedy Hits Puberty’, an underage comic troupe, and return trips to the Melbourne Comedy Festival. After two years in the business it doesn’t look like Matthew will be completing anything other than a degree in stand up comedy, planning on getting his masters performing to as many different audiences around the country in the near future.

He has worked with the likes of Tom Gleeson, Tom Ballard, Josh Earl and many others.

“Matthew had the relaxed, laid-back presence of a headliner who’s been doing this for the last 10 years...” – Tom Gleeson 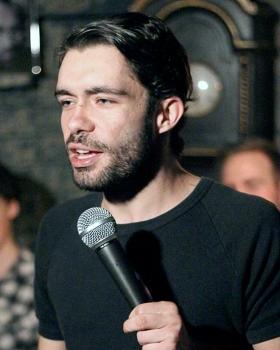