Matty Marr has been a major part of the Queensland comedy scene for the last 3 years.  In that short time he has worked with many of Australia’s best-known and most respected comedians…  People like Austen Tayshus, Greg Fleet, Paul Brasch, Fred Lang, Gary Eck, Gary Who, Dave Grant, Mick Meredith, Anthony Mir, Pommy Johnson, Greg Sullivan, Julia Morris, and Dave Williams…  The list goes on.

Matty has already made a considerable mark on the comedy world through various competitions and performances right across Australia.  He has competed in the national “Triple J Raw Comedy” competition including a third place performance in 1994, and was the winner of the 1994 “Legends of Laughter” at the ‘Gold Coast Arts Center’.  He was also an A-List performer in the national “Green Faces” competition.  Matty has just returned form a successful tour to Sydney with support performances at the legendary ‘Comedy Store’ and ‘Laugh Garage’.

TV appearances include FMV TV for the 7 Network and even filling the roll of host on Steve Vizard’ s late night talk show in 1993.  Matty’s corporate performances include a wide and varied selection of clients, from the ‘Red Cross’ to organizing a tsunami relief concert and more…  How many comedians can say they’ve worked at Sydney’s Comedy Store’ and a Christian Church?

Matty Marr is 38 years old and lives on Queensland’s Gold Coast with his wife and two sons. 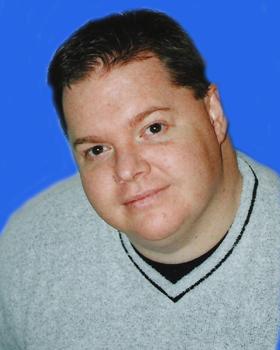