Early in his career, Fenech directed More Than Legends, a documentary highlighting Aboriginal culture through the eyes of elders from the Nyungar (W.A.), Arrernte (N.T.) and Tiwi (N.T.) groups.

He first achieved prominence by winning third place in Sydney's annual Tropfest short film festival in 1995 for a biographical short entitled Pizza Man based on his experiences as a pizza delivery driver. He won the Tropfest award for best film in 1998 for Intolerance, although he had submitted the film under the pseudonym Laura Feinstein to appeal to the sensitivities of the judges, particularly Tropfest founder John Polson, who hoped that a female director would win the award.
Fenech was then able to secure a deal with Australian community broadcaster SBS to produce a sitcom based on his short film. Entitled Pizza, and premiering in 2000, it ran for five seasons, with the final season airing in 2007. A full-length motion picture based on the series entitled Fat Pizza was released in 2003. Over a decade later, Fenech combined the storyline of Pizza with that of his third SBS Series Housos to create the feature film Fat Pizza vs. Housos.
Following the success of Pizza, he created the sitcom series Swift and Shift Couriers. Series 1 began airing on SBS in 2008 and Series 2 premiered in 2011.
His third television show for SBS, Housos, first aired in 2011. To date, two series have been produced, in addition to two full-length, cinematically-released motion pictures, Housos vs. Authority (2012) and Fat Pizza vs. Housos (2014). Housos won the award for Most Outstanding Light Entertainment Program at the 2014 Logie Awards.
Fenech's Bogan Hunters, a combination of comedy and reality television, aired in 2014 on 7mate and was the channel's highest-rating entertainment program and second highest rating show to date. The Bogan Bible is his first book. 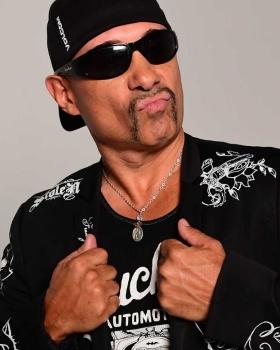