Paul McDermott has been at the forefront of the Australian entertainment industry since the Doug Anthony All Stars stormed to national and international success in the late 1980's. Most recently he has fronted the return of the iconic Good News Week program on Network Ten. This exciting new take on a perennial favourite has proven to be a huge hit, grabbing around a million viewers a week and topping the list in younger demographics.

Over more than a decade this immensely popular entertainer and artist has proven to be one of the most versatile in Australian history.

Paul's career so far encompasses writing and presenting national radio programs on Triple J, writing and presenting television programs including "The Big Gig" (ABCTV), "DAAS Kapital" (ABCTV) and "Good News Week" (ABCTV & Ten Network), and in 2007 ABCTV's "Side Show". As well as this he has performed sell out Festival seasons at Melbourne, Adelaide, Montreal and Edinburrgh to both public and critical acclaim.

Paul has also in recent years distinguished himself in the arena of film; two animated short films ("The Scree" and "The Girl Who Swallowed Bees") he has written, directed and performed in, have been invited to the prestigious Berlin Film Festival and have also been nominated for AFI's

Paul has also proved to be a sensational host of major televised events such as the ARIA's and The Great Debates. 2002 has seen Paul successfully host The World Comedy Tour, a standup comedy  program featuring leading performers from UK, USA, Canada and Australia that is currently being broadcast on major networks worldwide. 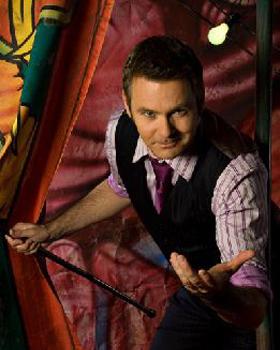