Sally Kimpton delights with stand-up that is intelligent, fun and hilarious!

Sally’s ability to engage and connect with her audience has put her in demand and on the cutting edge of the comedy world. She is a prolific current events joke writer, making her insights up to date and up to no good!

An exiting and innovative favourite, Sally has been performing in all fine and not so fine comedy venues for 15 years!.

Specialising as a master of ceremonies, she is also a busy woman, currently acting in film and TV productions and putting the finishing touches on her new comedy book.

Her stand-up and comedy writing have been heard on radio national, Triple J, Triple M, 2Day FM and Bondi FM. In-flight entertainment have featured Sally in their playlists, and she is currently seen on the '3 phones' live comedy showcase.

She has performed at the Melbourne International Comedy Festival in "Extreme Blonde", followed by her one women show "Sally Kimpton MyStar" at the Sydney Comedy Festival.

"Sally Kimpton hit with a barrage of one liners a unique mix of cheek and humility that was charming and captivating" -  ARTS HUB
"Sally Kimpton not only provided the eye-candy of the evening but also educated us on the perils of negotiating the cross-city tunnel with a shopping trolley; politically aware bums; and where we should really shove all those Big Brother contestants." - RHUM MAGAZINE 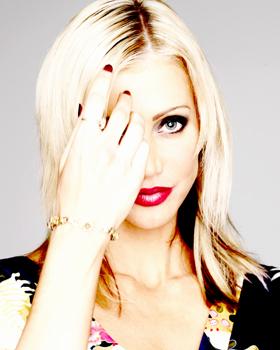