Born and raised in India, Sandeep Totlani is a pizza eating competition winner and a trained dentist (because some stereotypes are good). Sandeep discovered Stand-up comedy by accident when he watched Russell Peters on YouTube and entered Australia’s prestigious RAW comedy competition while on a student visa. Since then he has fallen in love with all things funny and been a regular at Australian Comedy venues.

Juggling between the Indian and Western culture, Sandeep has performed comedy in 3 languages on some of the biggest stages across Australia and India supporting big time local and International acts like Danny Bhoy, Zakir Khan, Damien Power, Matt Okine, Becky Lucas, Ivan Aristegueta, Atul Khatri and Jeeveshu Ahluwalia to name-drop a few. His perspective is fresh, stage persona likeable and style of comedy, both intriguing and hilarious. 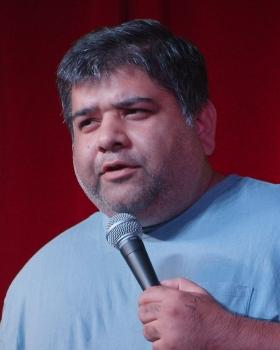