Australian stand-up Sarah Kendallhas established herself as one of the hottest talents on the international comedy circuit. Since bursting onto the scene at the 2001 Edinburgh Festival, the London based Aussie has performed at many of the world’s leading comedy festivals- including Montreal, Kilkenny, Edinburgh, Melbourne and Hong Kong. Her work there has helped her to win and be nominated for many of the industry’s most prestigious stand-up comedy awards.
During the 2002 Edinburgh Festival, Sarah was the only stand-up performer to win the prestigious Herald Angel Award, and the following year she performed sell-out seasons at both the Sydney Opera House and the Melbourne International Comedy Festival. After a highly successful run at the Edinburgh Fringe, Sarah was one of only five acts selected by NBC to perform in their ‘Edinburgh Nights’ season in New York City, followed by a run at The Berlin Comedy Festival and the Stavanger Comedy Festival in Norway.
In 2004, Sarah cemented her reputation as one of the top comics in the industry by becoming the first woman in nine years to receive a prestigious Perrier Award Nomination. Following her completely sold-out run at the Edinburgh Fringe Festival, she performed in the Perrier season at the Gielgud Theatre in London's West End.
Sarah’s 2006 Edinburgh Festival show Attention Seekerwas nominated for aTime Out London Comedy Award, and in early 2007 Sarah toured the show throughout the UK and Europe- including Barcelona, Madrid, Amsterdam, Milan, Rome, Luxembourg, Brussels and Paris, Helsinki and Copenhagen. She returned to the Edinburgh Festival in 2007 with My Very First Kidnapping. The show won the Three Weeks Editor’s Award for Theatrical Innovation, presenting a darkly comic and true story of college initiation that went horribly wrong.
Following the success of My Very First Kidnapping, Sarah landed a starring role in the gloriously silly all-female sketch TV show, Beehive. This E4 series showcased four of the UK's most exciting new comedy writer/performers and their idiotic world.
After a hiatus for the birth of her first child, Sarah returned to stand-up in 2012 with her show Get Up, Stand Up. The show was a jolly romp through the creeping sexualisation of mainstream culture and the erosion of feminism, and it garnered nine 4 and 5 star reviews at the Edinburgh festival.
“Elegantly sarcastic in its argument, underpinned by fury, Kendall’s show is nevertheless delivered with sufficient verve and lightness of touch not to browbeat the listener. She delivers with dastardly relish. **** The Scotsman 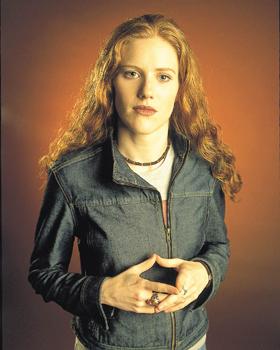