Shannon Brooke is a comedian, cabaret performer, and actor based in Brisbane.

Shannon took to comedy quickly after growing up performing theatre and clowning. She launched her career in 2018 with a sold-out cabaret comedy show titled "Grandma". Shannon entered the stand-up comedy scene in 2020 as a result of encouragement from other comedians. In her first year of stand up, she was a semifinalist in the Queensland RAW comedy competition and a grand finalist in the Brat Pack Comedy competition.

Shannon, who is renowned for her storytelling, passion, and absurdity, will have you in stitches (or more likely, confused). 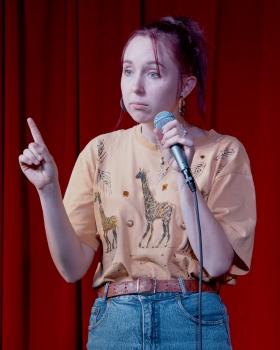