Terry Hansen has performed for over 30 years as a Stand-up Comedian MC, 20 years as Comic Corporate Compere and over 10 Years in Breaky Radio.

As a stand-up comic; he has compered all 5 Sydney Comedy Stores (and owns 5 of the 6 T-shirts); he told Le Kuan Yew jokes to Singapore officials in Singapore! And lived (it's how you tell them); appeared as Christopher Skase in Mallorca without being hospitalised or arrested; and was invited to the London Comedy Store 10th Anniversary Best New Comic competition. (He lost!)

Terry’s stage credits range from Shakespeare and Classic Literature to Spud Murphy’s Rock’n’Roll Cabarets and a dozen different rabbits in a hundred different kids shows. He danced the tango, singing a duet with Reg Livermore (Reg wore the frock)/ appeared by video link with Douglas Adams; and toured Lang Park with Wally ‘The King’ Lewis.

The last of these was a segment on Channel ‘7’s – live to air sports / comedy show – The Hard Yards – Terry fronted seven glorious episodes with a panel of sporting greats, glamorous co-host, live and taped stand-up and sketch comedy, national and international live crosses, rock’n’roll bands, girls not wearing much and very bright jackets.

He can currently be heard far too early in the morning as part of Brisbane’s 97.3fm Breakfast Team. 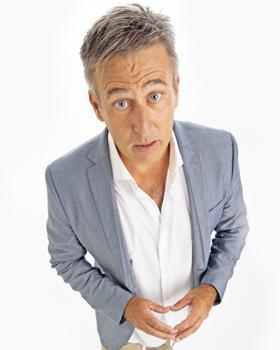