With a keen wit and incisive style, Andrew Nason is one of the most popular comedians on the SE Qld Comedy Circuit, both as a headline act and M.C. He has performed at all the major comedy venues in Australia, as well as venues in New Zealand and Papua New Guinea. He’s also very tall.

Andrew has worked as a comedy writer on the satirical comedy program Backburner (ABC); has written and performed in several celebrity debates as well as corporate impersonators, for which he has written specific material for various clients, most of them shorter than him. (Again, he’s very tall.) A professional improviser as well as comedian, Andrew combines all his skills in his performances, presenting shows that are fresh and constantly evolving!

Ashwin Segkar started his comedy career as a writer, producing comedy cartoon, Boymongoose, that went on to attract over 10 million views online and was featured on TV and radio internationally. Born in India, but dragged through a childhood covering New Zealand, Malaysia, England and Australia, his comedy touches on cultural issues with an often absurd take.

His style is slightly dry with elements of physical comedy. Ashwin has performed in country pubs, inner city bars, office parties and political events alongside comics such as Steady Eddy, Jimeoin and Matt Okine, adapting to a wide range of audiences.

PLEASE NOTE: If you are making a Dinner & Show Package booking; OR making a Group Booking and everyone is paying separately; OR you’re a Carer Card Holder, please contact the SDCC Box Office on 07 3369 4466, as these types of bookings cannot be made online. 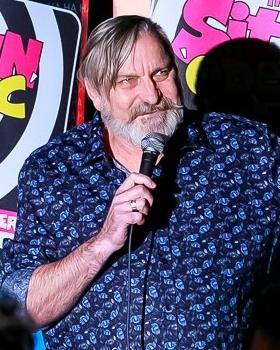