Mums Finally Get Their Own Staff Christmas Party!

Brisbane mums are in for a long overdue treat on Sunday November 18 with their very own staff Christmas party!

“Everywhere I turn, people are celebrating the end of the year’s work with a get-together,” says Wynter, a Brissie local and award-winning comedian. “I realised there’s a ton of hard-working mamas who NEVER get a staff party to celebrate the end of the year. So I thought ‘Come on ladies, let’s do what mothers do and make this happen!’”

And what better way than with comedy?

“The women performing are hilarious and awesome women, so the show alone will be fantastic.”

“But we’re also planning some cheeky “staff party” stuff on the day including very tongue-in-cheek awards for parenting, Secret Santa silliness and more. I’m open to suggestions too!”

The show is anticipated to sell out, so early bookings are recommended.

“I just know that when you get a room full of like-minded mothers together in the spirit of fun, it’s guaranteed to be a fantastic time.”

Comedy and motherhood are natural partners, according to Wynter, who maintains that humour is pain relief. “There is no epidural for the day-to-day slog of motherhood, I think that laughter is not just a luxury item, it’s a necessity!”

The Great Funny Mummies Christmas Party is on Sunday November 18th at 2pm at Sit Down Comedy Club, Paddington. 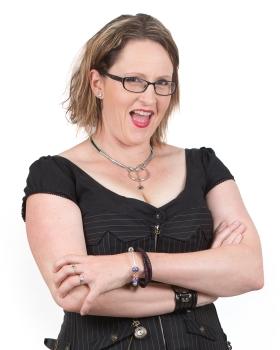