Titus O’Reily – The Bye Round Tour 2018
Prodigious sports satirist Titus O’Reily once again brings his unique and acerbic wit to the stage to keep AFL lovers entertained with his hilarious take on the 2018 AFL season in his second annual Bye Round Tour!
After a killer debut season, rave reviews and sold out shows at the Melbourne International Comedy Festival and Sydney Comedy Festivals with the live show version of his best-selling book A Thoroughly Unhelpful History of Australian Sport, Titus O’Reily returns to stages across Australia in the ‘Bye Round Tour’.  The hugely popular sports satirist hilariously examines the year that was, all the nonsense that comes with being an AFL fan, and turns his attention to what may unfold in the upcoming finals in the AFL series.
In what is already set to be the hottest annual event ‘not’ on the AFL calendar, don’t miss Titus O’Reily live as he picks apart all that was and will be in 2018 in Australia’s greatest League.

“incredibly funny” Weekend Notes
“Hilarious satirical take on sport... hysterically funny. The crowd loves it” In Review
“A comical review of the AFL home-and-away season, aptly doing the rounds of the country appeasing football fans during the vacuous bye-week ahead of the finals” X-Press Magazine 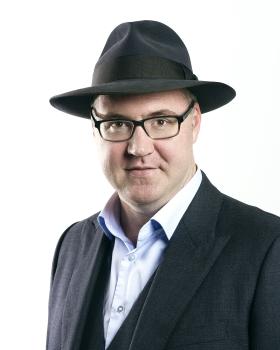