Hold onto your seats ‘cause we’re bringing you a bangin’ DOUBLE FEATURE with Mick Neven & Anne Ferguson-Howe!

One of Australia’s busiest comedians, Mick Neven is just as comfortable on-stage at the biggest comedy clubs and corporate functions in the city, and the smallest venues and sporting clubs in the country. A regular guest on ABC Grandstand and Melbourne’s 1116 SEN radio, Mick has also appeared on The Circle and Hey Hey It’s Saturday. He’s travelled to entertain Aussie troops serving overseas and appeared in his own solo shows at the Melbourne International Comedy Festival and The Adelaide Fringe.

“Mick Neven’s stand-up is so slick…he’s seriously entertaining” ★★★☆ The Age
“Go see his show – it’s good shit” ★★★★ The Herald Sun.
“Mick is one of the best writers on the comedy circuit. Every time I work with him, he pulls out new jokes that I wish I’d written” – Dave O’Neil

Anne Ferguson-Howe's rude, crass and bawdy humour has audiences weeping – they either adore or abhor her brand of humour. Anne has entertained extensively around Australia, bringing the funnies and sharing with audiences her stories of 21st century beauty therapy and her struggle to find love. She loves nothing more than holding court and enthralling people with her somewhat visual descriptions of life and situations.

“What can I say...BRILLIANT!" Alfie Langer

In line with current social distancing requirements, tickets are limited for the show, so get in before they’re all gone!

SDCC Terms and Conditions of Sale have recently changed - please familiarise yourself with these terms and conditions prior to purchasing your tickets, by visiting https://www.standup.com.au/terms-and-conditions-sale. 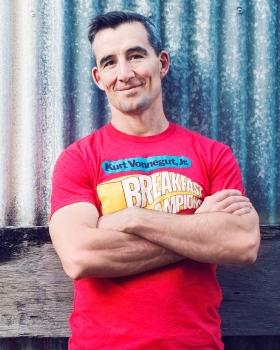